The Comfort of Lying…

I had been looking for a good condition used Suburban for my family and I found one…or so I thought…online about two hours away. I made several inquiries with the seller about the vehicle—things like the length of his ownership, overall condition, maintenance etc.  He said he was the original owner, vehicle was clean with no rust, and all routine maintenance had been regularly done. I had asked for more detailed pictures which he readily sent.  The images weren’t real clear, but good enough.  And his responsiveness was encouraging. Things seemed to be looking good, so after seeking the Lord and the nod from my wife, I chose a day and made the drive to see the vehicle and more than likely buy it.

When he showed up the vehicle looked nice at a distance, but upon closer inspection, my caution was confirmed once I began to see rust and wear everywhere.This clearly wasn’t a ‘clean with no rust’ vehicle. Immediately his story began to collapse.  In short, everything he’d told me were lies upon lies.  He wasn’t the original owner.  He hadn’t even owned it long enough to do any maintenance! Even standing there in person, he continued to tell lies until I caught him and called him out.  He finally confessed, and yet…seemed to not care.

I didn’t buy the vehicle and drove home processing what happened. Maybe its naivety on my part, but I was surprised at how natural and normal his lying seemed to be.  He seemed to be…comfortable with it.

I was still agitated by the experience several days later, and realized that maybe God was trying to teach or show me something. Lying has always deeply bothered me, and yet I wondered if there were areas in my life where it seemed natural or where I was seemingly comfortable with lying. Could it be taxes? Use of my time? Thoughts toward people vs. my in-person interaction with them? Something else?

I knew that looking into these areas by myself is… good. Yet, looking into these areas with God is…humbling.  Why? Because God is truth and that Truth always shines like a spot light into the areas that we’ve hidden and have even become accustomed to. We often choose to not go there with Him because we’re embarrassed at we’ll find or ashamed about what we secretly know is there.

But my root question still remained. Why are so many ‘comfortable’ with lying? On a surface level, I found three main reasons why I, and perhaps many, am tempted to lie:

I knew there was meat in each of these statements, yet I felt like God was calling me to listen more closely and find the root.

So I asked again and waited…and heard, “Because it’s natural.” A bit surprised, I followed God further which led to John 8. In this story, the religious leaders were having a fit with Jesus because of what he was saying about heritage and identity (his and theirs) and because he was confronting them that they didn’t believe in what he was proclaiming.  To boil it down, Jesus was saying that his Father was God the Father, and their father was the Father of Lies—the devil!

As I thought about this, I began to see the connection. A father passes on his physical DNA to offspring. He also passes on who he has become…his identity through his worldview, beliefs, actions and more.  So too, the Father of Lies passed on his parasite of anti-truth and anti-life to Adam and Eve by tempting them to disobey God.  As I thought about this last statement, the light bulb went on—Lies are an anti-truth / anti-life parasite…and a parasite is foreign entity that invades or attaches the host to suck life out of it.

And they, Adam and Eve, took the bate and accepted the lie, and the pandemic of parasitic lies took root in mankind and began and has been running rampant ever since.

Think about it: One of life’s biggest obstacles is knowing who or what to trust…because lies and deception are everywhere…because this parasite has been passed on to us and has became part of our spiritual DNA. And to be clear, this inherited anti-truth and anti-life is what the Bible calls our ‘sin nature’.

What’s scary, is how we’ve accepted lies so well into our lives. It’s what we’ve seen. It’s what we’ve received from others.  It’s become what we tell—big and little. It’s easy. It’s knee jerk. It’s natural!

As I processed this sobering reality, I was drawn back to the surface reasons we often lie and found something they all have in common: the need to control. “I won’t let myself be exposed—so I’ll lie and deny it; I’ll get a better outcome if I keep my hands on it—so I’ll tell those near me I don’t need any help when in fact I do;  since no cares about me/my situation like I do, I’ll do what I have to do to win…even if it means cheating (fill in your own). Control secured with lies is something we learn at a young age.  It’s taught to us through our culture and is re-enforced when the cover-up seems to work. We take note of it.  The inherent “catch” we feel inside when we know something isn’t right begins to fade. And after a little practice with it, the parasite has found it’s home within our hearts and becomes ‘normal’.

But it isn’t normal! The practice isn’t safe. It shouldn’t be comfortable. The life sucking, lie-control-parasite is sin and it is THE betrayal. We must identify it, call it out, and break its call to us and the welcome its been given. And we know this…yet doing it is a whole other matter.

Some parasites need surgically removed. Most must die with the use of medicine.  Our control based lies are often hidden so well that we must undergo surgery with God to find and it, and then hit it with the strongest medicine ever to keep it from returning… His Truth. The more Truth we find and welcome into our lives the more lies are exposed and able to be removed.

And this truth is not relative. It can only come comes from the one who claims to be the source and Truth. Jesus said, “I am the Way, THE TRUTH, and the Life…” That is why the Truth “sets us free” from the ‘sins that so easily entangle us’. (Hebrew 12)

I think back to the car salesman who was so comfortable lying to me.  My heart isn’t bitter.  Now, I’m actually thankful because I feel drawn to take a journey with Jesus, the TRUTH, into my own heart and life to find and remove the places where any lies may still have root and control.  And I find comfort in that! 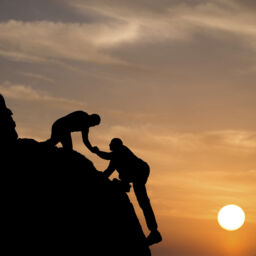 …To This End We Want to Be Clear:

Greeting to those of you who follow us at Reclaim and are our allies, supports and friends during this tenuous…